His scribbled will meant I could keep our home 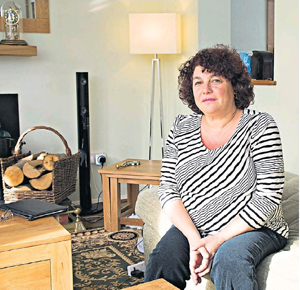 The number of unmarried couples living as a family has risen by 33pc in the last decade - making this the fastest growing family type.

Also on the rise are the problems which result when an unmarried partner dies without a will, potentially stranding the survivor without property or other assets.

The Cohabitation Rights Bill - which aims to better protect the rights of people who lived together following one of their deaths - is still passing through Parliament and unlikely to be effective until next year at the earliest.

Until then cohabitees are being warned that they have no legal rights to any assets when their partner dies without a valid will being in place.Under rules of intestacy only married or civil partners, or some close relatives such as children, can inherit.

Web designer Sue Singer, 56, reflects regularly on the lack of protection for cohabitees and the risk of the surviving partner having to sell property on the death of the other. It was almost “by luck”, she says, than an informal will written by her partner months before his death, a decade ago, was able to be validated after his death. It ensured she could live on in their shared home. Ms Singer and her partner, Paul Dixon, had been together for 16 years.

In an unfortunate turn of events Mr Dixon, a cancer sufferer, died suddenly while sill planning to write a formal will. As the couple were unmarried the rules of intestacy did not apply. Ms Singer’s only option was to track down a makeshift will that he had written while the couple were on holiday six months previously. They had been staying in Oludeniz in Turkey and Mr Dixon decided to paraglide above the shoreline. Ms Singer said: “He really wanted to go paragliding but I said that he wasn’t to do it without having written a will.”
He hand-wrote a short will on a piece of paper and two waiters from the hotel agreed to sign and witness it. The will was forgotten.

In the following months Mr Dixon was diagnosed with lung cancer. Ms Singer said: “Paul was still in the process of drawing up the will and the final copy was ready for signing but he died before he could sign it. We thought we had loads of time.” Ms Singer was left in an almost impossible situation as most of their assets, including their home, were in his name. She consulted her partner’s accountant - who had already been assisting with preparing his will - about what she should do.

The “Turkish will”, as they referred to it, turned out to be vital in the process. But she needed to use probate to legitimise the document. Probate is the process by which a court grants someone the authority to deal with the property, money and possessions of a deceased person and they are usually sought by the executor of a will or a person acting on their behalf. The will, although signed by the two waiters in the hotel, did not include their full names and addresses and therefore, according to the Probate Office, was invalid. Sue said: “I had the details of the hotel but I had no idea if the people who witnessed it would be there. I found a Turkish lawyer and he rang the hotel. “The barmen were not at work that day but the hotel called me back later to say that they remembered us and they agreed to go to a notary and complete the missing details. “The nearest notary who was qualified was in Istanbul - I paid for flights, accommodation and his time.” Without a signature, the new will was not valid

Finally, her accountants could proceed with the probate and the will was made official. Sue said: “Our house was worth about £280,000, we had two studios together as well and the business, so I would probably have lost about £400,000 and been homeless if the Turkish will hadn’t existed.” Carol Cheesman from Cheesman’s Accountants, the firm invloved, said: “It’s critical that there is a will in place if you’re unmarried as you never know what’s around the corner. “I knew that these were his wishes but even though we had a final draft of the later will this was not seen as legal without his signature.”

Nick Hill from the Money Advice Service said: “If you’re not married to your partner it’s even more important to have a will - they won’t be automatically entitled to any part of your estate otherwise. “While the details of inheritance vary across the UK, your estate could be divided up among other family members or could even end up going to the state. Having a will lets you choose how your assets are divided and who will be in charge of this.” Writing a will There are a number of ways to get a will drafted. Options include using a solicitor or a will-writing service. The fee for using a solicitor will vary depending on the firm and complexity of the will. You can spend as little as a few hundred pounds or up to several thousand. Every March and October you can get a free will through freewillsmonth.org.uk. You need to be over 55 to qualify. There are 26 locations in England & Wales that take part in the campaign.

Ask us a question